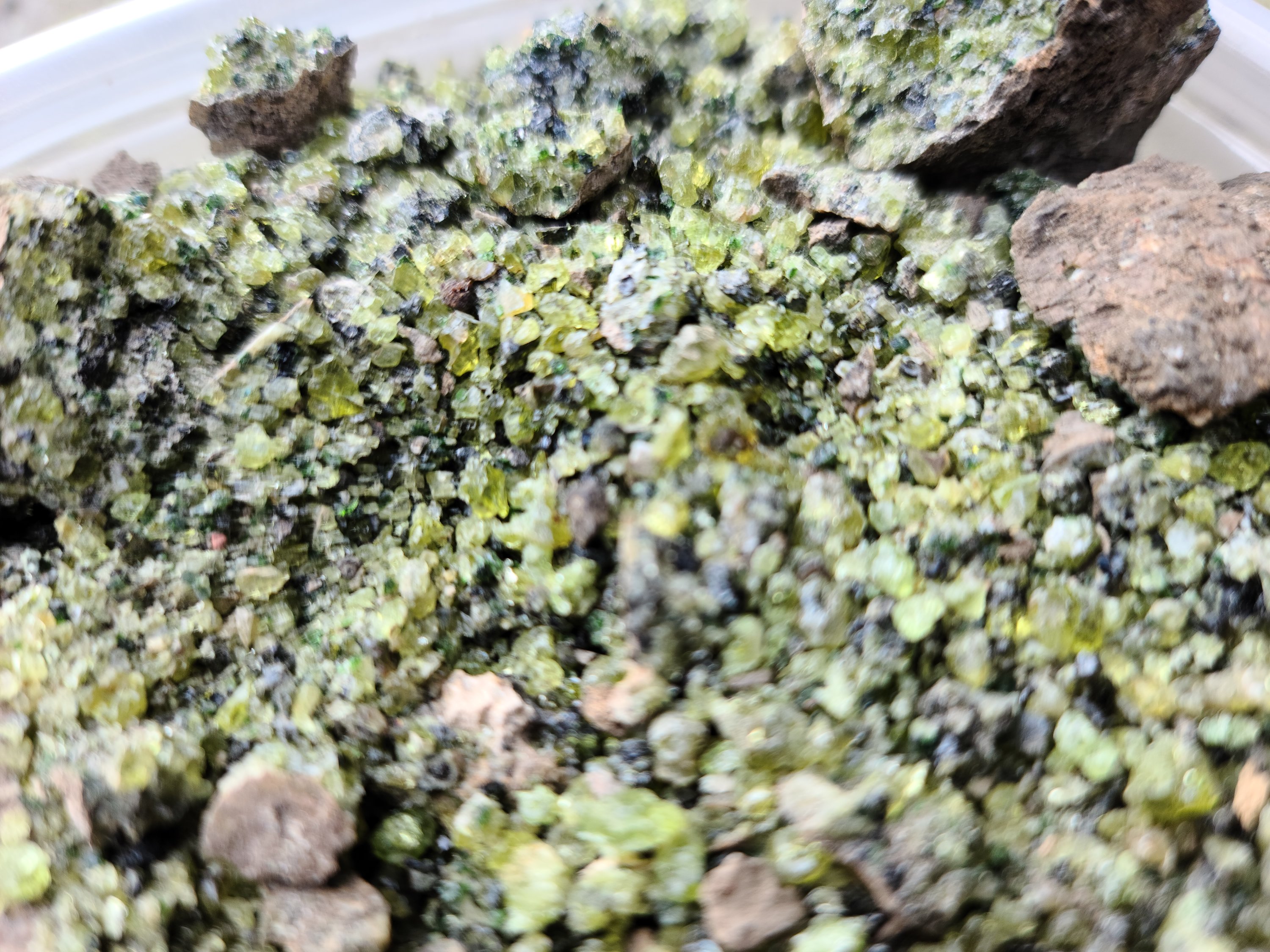 I am currently fascinated with Peridotite. This is the stuff of the mantle, manifested in amazing nodules…

Looking at these rock nodules from the outside, it is often hard to guess at the wonders hidden inside.. many of mine looked like a simple lump of basalt.

In reality they were a basalt shell that was formed as a bubble in a vulcanic explosion that brought bits of mantle up inside of the bubble and trapped the crystals as the bubble cooled and hardened.

The shell in many cases for the nodules I have is fairly thin, and sometimes the inner crystals are visible in small amounts.. perhaps this is what led the original collector to pick them up in the first place..

But the real fun is in smashing the nodules open and letting the crystals inside come tumbling out. In some cases, the crystals are glued together with basalt or other stone.. but in many cases cracking them open creates a waterfall of crystals. I smashed enough the other day to get about a quart of crystals which I will sort and use in future jewelry pieces– either embedded in resin or cast metal. If you would like to enjoy watching them being smashed, check out this video I made of the process of smashing a few.. there is still a lot of work to do for the crystals to be usable, but this was fun.